The delegation was received by the British Embassy and met with both the Deputy Head of Mission and the Ambassador. 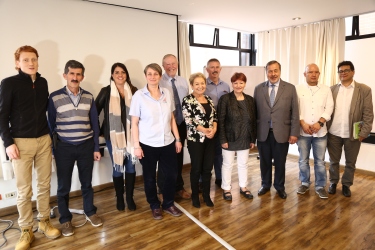 The delegation met with representatives of Colombian human rights organisations – Patriotic March, Interchurch Peace and Justice Commission, and the Colombian Commission of Jurists. 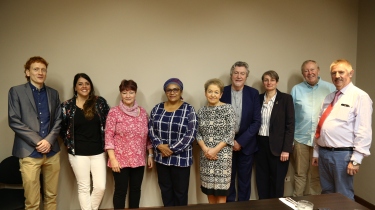 Delegation meeting with Victoria Sandino, member of the FARC negotiating team and soon to be Member of the Colombian Congress. 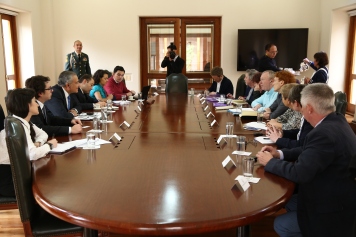 The delegation was received by the Vice President of Colombia, Oscar Naranjo who emphasised both the difficulties encountered in the implementation of the peace deal and the commitment of the Colombian government to ensure its successful completion.

The delegation was received by the Vice President of Colombia, Oscar Naranjo.

Oscar Naranjo (right), the Colombian Vice President, together with Mickey Brady MP (centre) and Peter Nolan (left). The Vice President emphasised the the current government’s commitment to the peace process and its support for the work of JFC.

Delegation meets with the Head of the UN Verification Mission in Colombia, Jean Arnault.

Mickey Brady MP (left) together with the Norwegian Ambassador. Norway is one of the two guarantor countries to the peace process.

The delegation met with the Cuban Ambassador. Cuba is one of the guarantor countries to the peace process.

Delegation travelled by helicopter to North Antioquia to visit the Llano Grande zone where demobilised FARC members are concentrated for the reincorporation process.

The delegation met with demobilised FARC combatants and with family members of ex-FARC combatants who had been murdered since the signing of the peace agreement. 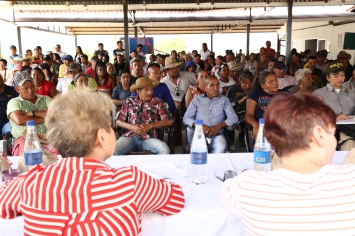 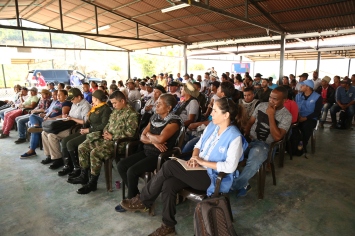 Rosalie Winterton MP with Police after meeting in the FARC reincorporation zone. Members of the FARC in Llano Grande spoke about the cooperation and strong relations that had been built between FARC, community and state security forces. 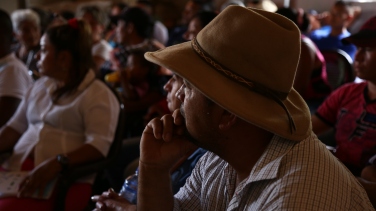 Local family members of victims of murders and disappearances meet with the delegation to give their testimonies during the visit to the FARC reincorporation zone in Llano Grande. The meeting became an example of reconciliation as people spoke about crimes committed by the state but also by the FARC. The FARC leaders in the meeting welcomed the testimonies and the ongoing process of reconciliation.

Delegates travel to the rural village of el Palo in North Cauca. 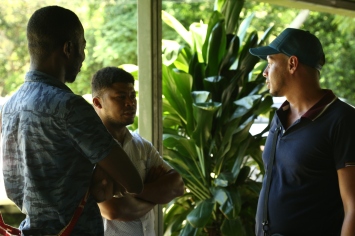 The delegation met with local community members who spoke about human rights abuses in the region. Here are family members of two social leaders murdered in Guapi in February 2018. 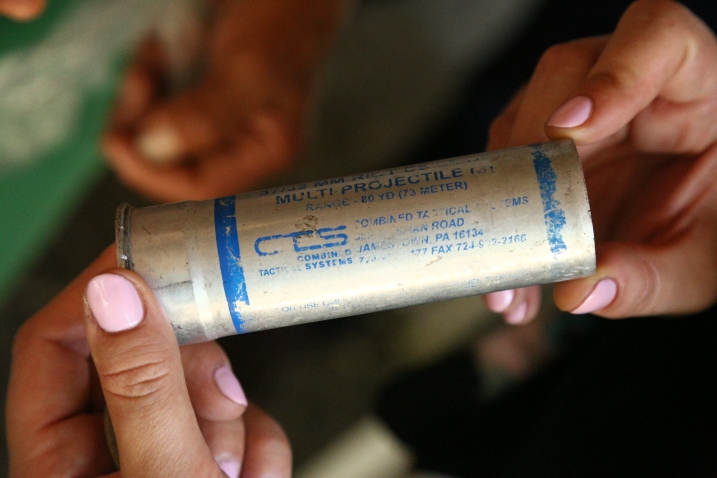 Local community members told delegates about a recent incident in which the Police opened fire on unarmed civilians in El Palo, Cauca.

Local residents hand over casings recovered from the scene where according to local reports Police opened fire and killed and unarmed civilian in a bar. 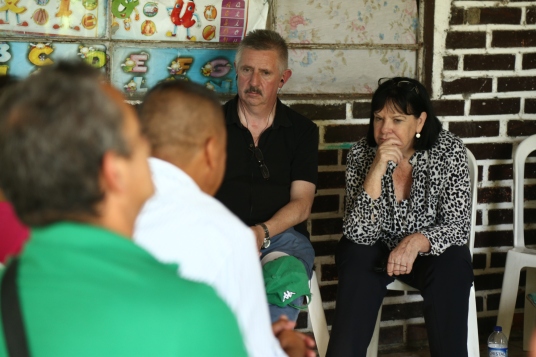 Peter Nolan (Forsa) together with Huber Ballesteros, executive member of the CUT who was freed from prison in 2017 after more than three years behind bars.

After meeting with local community organisations in Corinto, Cauca, the delegation spoke with local authorities including representatives of the Police, Army, and the Attorney General’s Office. 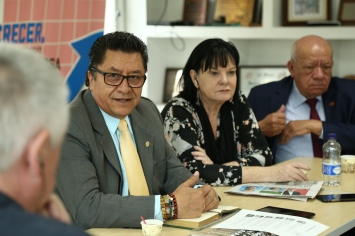 A meeting with two of Colombia’s trade union federations, the CUT and the CTC. 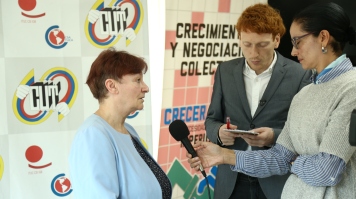 A meeting with key FARC negotiators in the Colombian peace process. Hours after the meeting Jesus Santrich (left) was arrested in an incident considered by many to put the peace process in a worrying position. See here for JFCs statement on the arrest: https://justiceforcolombia.org/news/justice-for-colombia-statement-in-response-to-ongoing-imprisonment-of-jesus-santrich/

The delegation met with Rodrigo Rivera, High Commissioner for Peace for the Colombian Government.

Delegates were received by Members of Congress who form part of the Peace commission of the Colombian Congress.

On the final day the delegation held a press conference for Colombia media outlets. See the JFC website for the final declaration.

My Tweets
My Tweets